Launching at DSEI 2019, the new dual mode bite mouthpiece is an industry-first technology that enables divers to switch between JFD’s Stealth closed circuit mode and a bailout gas supply without having to remove their mouthpieces. This seamless transition between primary and secondary gas supplies significantly reduces divers’ risk of incident in the event that they need to switch gas supplies, and highlights JFD’s market leading position and pioneer of safety improvements in the military diving sector.

The dual mode bite mouthpiece eliminates the previous necessity for divers working in extreme and unpredictable conditions to manually remove their mouthpiece to change from rebreather to bailout gas. The new mouthpiece has been extensively tested to achieve full compliance to all relevant standards to 100msw and allow simple integration into all existing and new Stealth systems, which includes both Stealth CDLSE, Stealth SC and previous variants, further enhancing diver safety and system commonality that allows full compatibility with additional systems such as the External Breathing System (XBS) and Surface Supply Bail-Out System.

“The launch of the dual mode bite mouthpiece marks an important milestone in our ongoing programme of upgrades to JFD’s Stealth rebreathers range, all aimed at continually setting new benchmarks in underwater life support technology and diver safety standards. This latest innovation dramatically improves the outcomes for divers who find themselves without gas in the most extreme and challenging environments, enabling them to focus on their missions without being distracted by concerns over equipment reliability.

“Showcasing the dual mode bite mouthpiece during DSEI provides an important opportunity for us to showcase JFD’s latest innovations on one of the largest stages in the global defence industry. We look forward to meeting with visitors to discuss the important issues of operational performance and diver safety, both of which are fundamental to the successful completion of MCM-EOD operations.”

The dual mode bite mouthpiece will be available to view at DSEI on JFD’s stand S2-215. 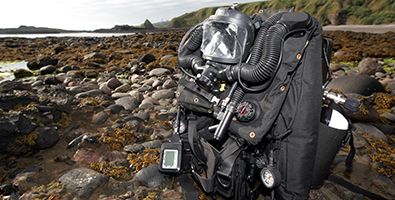