JFD has been an integral part of the UK’s submarine rescue provision since 1985, and has been at the heart of NSRS since it came into service in 2008.  JFD helped to build the system and is responsible for maintaining it at a permanent state of readiness for the UK government – to go anywhere in the world at any time.

The exercise itself required the full air mobilisation of the system to Norway for embarkation and simulated rescue operations with a Norwegian Exercise DISSUB at a Northern Norway datum.

The objectives of the exercise were varied and required JFD to demonstrate:

In order to begin the exercise the equipment was mobilised from NSRS HQ in HMNB Clyde to Prestwick Airport, then flown via several military sorties using both C-17 and C-130 aircraft as well as commercial chartering of Antonov-124 aircraft to Evenes Airport in Norway, thereafter road transported to Bogen jetty for embarkation of the rescue system to the MOSHIP Norwegian Coastguard Vessel (NOCGV) Sortland.

On completion of mobilisation the MOSHIP transited to the Exercise DISSUB datum and conducted simulated rescue operations with a live Norwegian submarine. Having conducted the exercise, the MOSHIP transited to Scotland to the disembarkation MOPORT of Leith where the equipment was removed from the vessel and returned to HMNB Clyde for restoration works to achieve “Rescue Readiness” status.  The MOSHIP was then refurbished prior to departure and transited back to Norway.

The exercise concluded satisfactorily, having achieved all of its objectives allocated by the partner nations of UK, France and Norway. 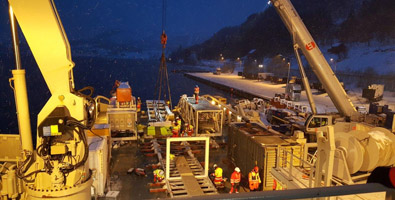 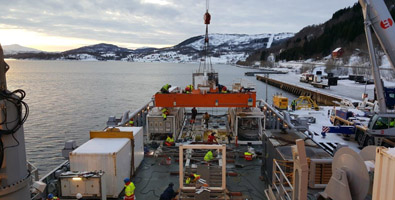 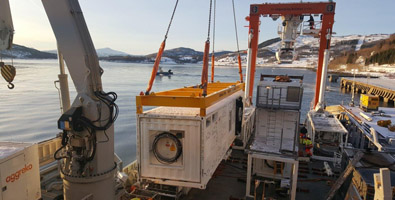 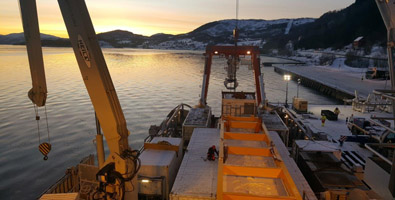