Australian defence industry jobs to be created by major takeover

The acquisition of the Newcastle-based business is a significant step in JFD’s plan to expand its advanced manufacturing base in Australia and complements existing high-tech facilities at Bibra Lake, south of Perth and Kirrawee in Sydney.

“Perth is where it all began for us in Australia in 2003, equipping the Royal Australian Navy (RAN) with military diving equipment and systems then, in 2009, we began providing the RAN with a free-swimming submarine rescue service and escape training facility,” said General Manager, JFD Australia, Toff Idrus.

“From there, with the help of an outstanding local supply chain and some 100 local personnel, we have become a safe, proven and reliable capability partner of the RAN as well as a leading exporter of products for defence industries around the world.

“This is an exciting day for JFD and our staff who can look forward to even more employment opportunities because the acquisition of Cowan Manufacturing will expand JFD’s capability, resulting in JFD creating more jobs across Australia for Australians.”

Cowan Manufacturing, a family business since 1973 which currently employs 25 staff, has an equally impressive and proven track record and is recognised worldwide for its design and manufacture of lifesaving recompression and hyperbaric chambers.

“It has been this unwavering commitment to quality along with our workshop, testing and laboratory facilities that has seen us establish important defence clients in Australia, Asia and Europe and secure the highly-sought US Navy Seal of Approval.

“Linking in with JFD Australia is the obvious progression for us as both businesses are keen to push ahead with supporting and growing local industry and jobs.

“All of our current employees will retain their positions following the acquisition and they will benefit from further in-house opportunities for promotion.”

“The transaction means JFD Australia will extend its existing RAN hyperbaric repairer accreditation and include in our Australian capabilities the manufacturing of highly technological steel and aluminium equipment such as the submarine rescue vehicles which are so important to our business,” said Mr Idrus.

“We have long been considered the world’s triple-0 number for distressed submarines and now, with Cowan Manufacturing, we can further enhance this capability with the world’s best recompression and life support system for divers and submarine crews in need of emergency support anywhere in the world.”

“This will further strengthen our vision to support our clients’ core operations by offering Australian-market-leading technology solutions and world-class support.” 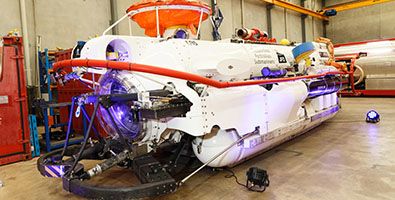 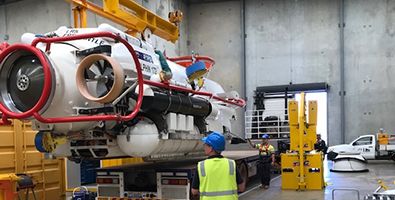