JFD to the rescue

The prestigious and internationally respected Nato submarine rescue contract has been reclaimed by JFD.

Some contracts are lauded for their size or their profitability but some carry with them considerable prestige - JFD could not be more delighted to have won the job of operating and maintaining the Nato Submarine Rescue System (NSRS).

The appointment by the UK Ministry of Defence on behalf of the NSRS Participant Nations of France, UK and Norway, is to maintain the rescue system at a permanent state of readiness – to go anywhere in the world at any time.

JFD has been an integral part of the UK’s submarine rescue provision since 1985, and has been at the heart of NSRS since it came into service in 2008. In fact, in 2005 JFD was involved in a high-profile submarine rescue operation to support the international rescue of the stricken Russian submarine, AS-28 Priz.

"It is a source of great pride that the management of the NSRS has been entrusted to JFD. The decision is testament to the breadth and depth of expertise within our global Submarine Escape and Rescue Team. It recognises our unwavering commitment to the safety of submariners, and the diligence with which we deliver our existing services."

The contract will last for the next five years with options to extend through until 2023.

"It is vital to the safety of submariners worldwide that the NSRS remains a fully-capable service delivered by skilled and experienced personnel, and a continued association with the proven capability of JFD bodes well for the future." 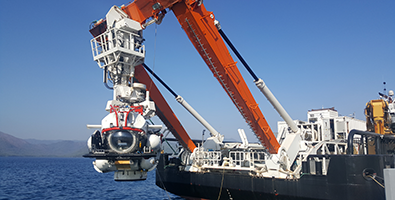