As the Royal Australian Navy (RAN) prepares to exercise its submarine escape and rescue capability in Black Carillon 2020, so too is its prime capability partner, JFD Australia which is mobilizing its people and assets to participate.

The annual exercise includes JFD Australia’s world leading submarine rescue system, some 50 of its personnel and contractors, two support ships and their civilian crew, the RAN’s Commander Submarine Abandonment Escape & Rescue and his team, RAN Medical Officers and Medics, and a bevy of long haul trucks and vehicles.
This year, the exercise commenced with mobilization and installation of JFD’s systems on board the rescue ships on the 26th October and after four weeks of alongside training and at-sea exercises, will conclude on the 27th November.

“This is our sporting Grand Final in a lot of respects,” said JFD Australia Managing Director, Toff Idrus.
“But the difference is that this is not a sport but a serious maritime capability that exists for the saving of our Australian submariners should the need arise.

"Like all capabilities, it must be exercised and while we do smaller exercises for individual parts of the system throughout the year, or indeed practice our operations management, there’s nothing like putting it all on a couple of ships, going out to sea, testing the systems, testing our personnel and affirming that if we are needed for real, there is no threat or risk of failure.

"There aren’t too many operations which have a genuine zero tolerance for failure, submarine rescue is one of them.

"We may never be needed but if and when we are, mission success means rescuing every survivor on board a disabled submarine, it is the only metric,” said Mr. Idrus.

JFD Australia is proud of all its people that contribute to this effort as the team prepares to roll out and deploy for BC20! 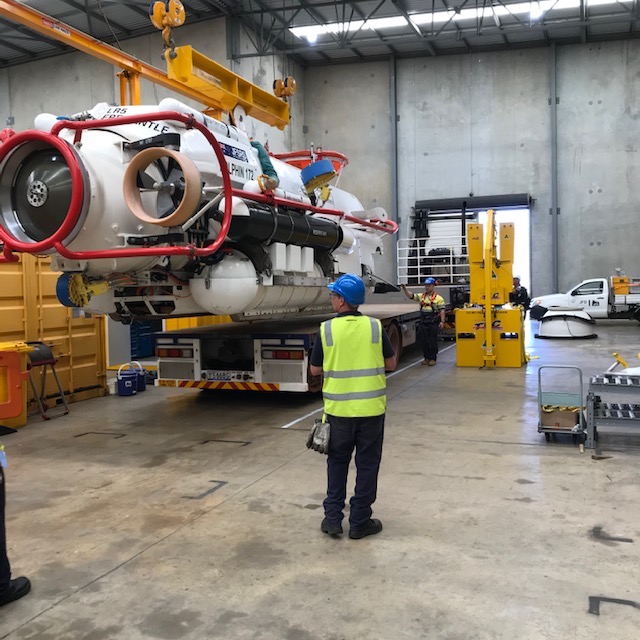